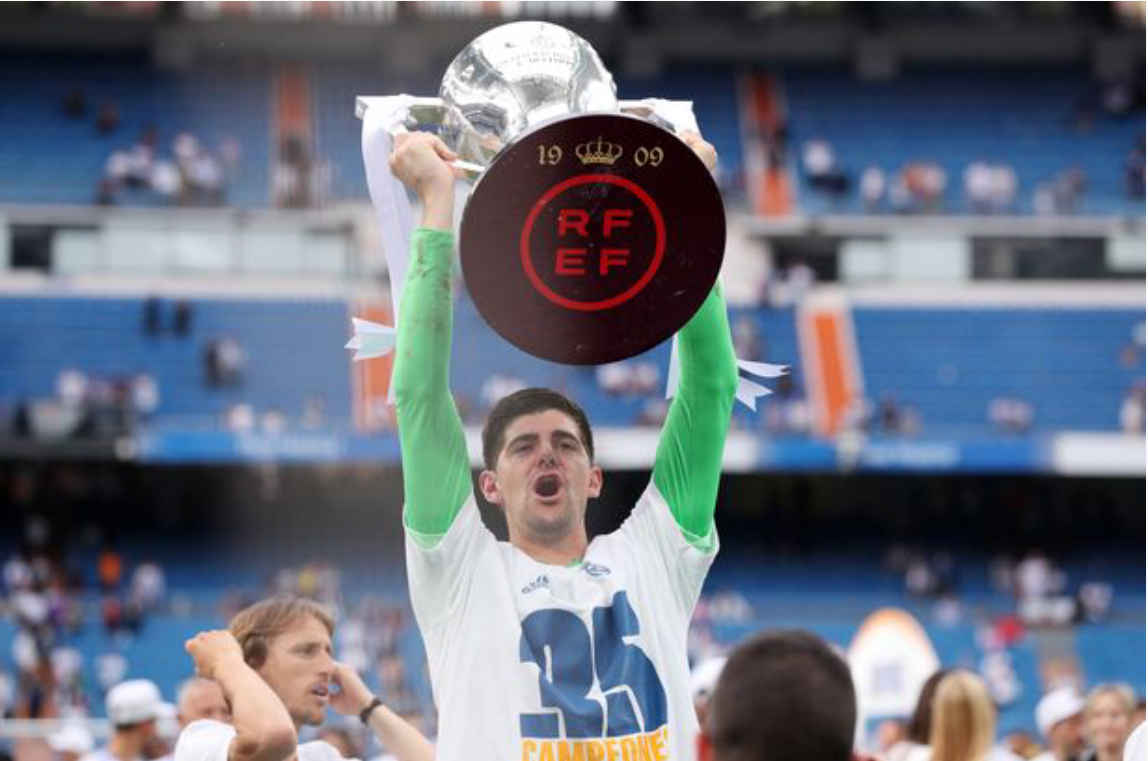 Madrid were officially Confirmed as champions after a comfortable 4-0 win against Espanyol at the weekend.

And reacting after they were crowned champions, Courtois claimed that Barcelona players celebrating their four-goal El Clasico victory “as if they had won the title”

The former Chelsea and Atletico Madrid keeper posited that the heavy loss to Barca spurred them on to winning La Liga.

Barca defender Gerard Pique sent out a tweet that evening to confidently state “We are back” while Dani Alves claimed that Los Blancos were “lucky” to be ahead of the Blaugrana in the standings.

Since their El Clasico victory in March, Barca have crashed to defeat at home to Eintracht Frankfurt to end their European journey while they have also fallen to home defeats against lowly Cadiz and Rayo Vallecano in La Liga.

Courtois has now said, after Madrid secured the title: “After the Clasico was the key moment, because some ( Barcelona players) celebrated as if they had won the title, that they were back. But we stayed calm to beat Celta in a difficult game and against Getafe, who are always difficult.

“Winning the league is due to the work of the entire team. We all attack and defend. The day at Sevilla was the key, coming back from two goals down to win when everyone thought we were on the canvas and that killed our rivals a bit.”

He added: “It was a very bad night, but we recovered quickly. You do not have to think too much about the loss. I am disappointed, of course, but I think that with the results and our attitude in both the games before and after it has become clear that it was a chance accident.”

And ahead of this week’s Champions League second leg tie with Manchester City, Coutoia said: