Nigeria has long been regarded as one of Africa’s footballing hotbeds. As we know, it’s a nation that eats, sleeps and dreams about football and the English Premier League in particular. Through the decades, the EPL has welcomed a host of Nigerian imports to its clubs. Many of whom have gone on to have a transformative impact on and off the field.

Within this article, we’ll celebrate the quartet of Nigerian footballers that have made their mark on European football in a big way, bringing pride to the Super Eagles. Making the leap from Africa to Europe is a big lifestyle change, but to impress and thrive in the highly competitive environment of the EPL – with all the media scrutiny it brings – is an incredible feat. 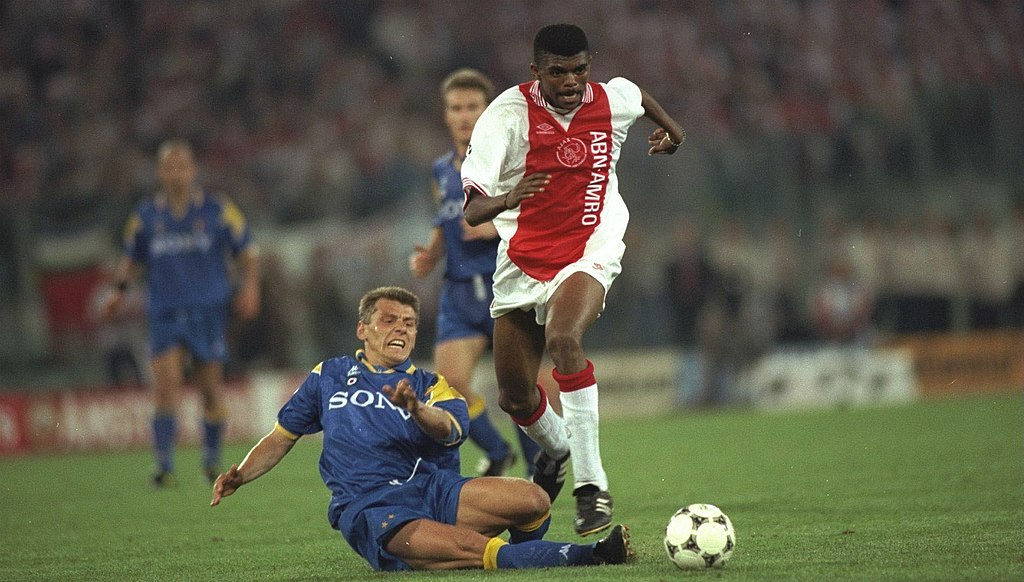 Nwankwo Kanu is widely acknowledged as one of the most talented and successful players in the history of African football, let alone Nigerian football. He’s also an immense philanthropist, creating the hugely successful Kanu Heart Foundation in 2000. A two-time African Player of the Year, as well as a Premier League, Champions League, UEFA Cup and FA Cup winner, Kanu was capped 87 times by his country too. He was a focal point of arguably the Super Eagles’ most impressive generations, helping Nigeria to Olympic gold at the 1996 Olympics before participating at the 1998 and 2002 World Cups. Unfortunately for Nigeria, their current generation is a far cry from that period. Nigeria are one of the most unfancied nations for the 2022 World Cup, with Betway’s World Cup betting markets rating them as likely as Wales to lift the Jules Rimet trophy in Qatar.

The ‘Yak Attack’, Yakubu Ayegbeni enjoyed a very impressive EPL career. Originally signed on-loan by Portsmouth in 2003 from Israeli outfit Maccabi Haifa, he would eventually sign a permanent deal with the south-coast club. Between 2003-05, Yakubu would score 36 goals in 78 appearances at almost a goal every other game. He would go on to score a hatful of goals at four other EPL teams – Middlesbrough, Everton, Leicester and Blackburn – before the BBC announced his big-money switch to the Chinese Super League. Only two African footballers (Didier Drogba and Emmanuel Adebayor) have scored more EPL goals than Yakubu. Yakubu has also had the honour of representing Nigeria at four African Cup of Nations finals, as well as the 2010 World Cup.

Jay-Jay Okocha: Capturing the hearts of the Bolton faithful

Many Nigerians consider Jay-Jay Okocha to be the most skilful Nigerian footballer of all time. Former Spurs boss Mauricio Pochettino even put Okocha in the same bracket as Maradona and Ronaldinho. Fans used to say that he was so good that they named him twice. Famed for his outstanding creativity and technique with the ball, Okocha shone in Turkey with Fenerbahce and France with Paris Saint-Germain, before moving to Sam Allardyce’s upwardly mobile Bolton Wanderers in 2002. Many Wanderers fans consider Okocha to have single-handedly helped Bolton avoid relegation in his first year, before going on to captain the side after Gudni Bergsson’s retirement. He would lead Bolton to their first major cup final in a decade, eventually losing the League Cup final to Middlesbrough in 2004.

Central defender, Joseph Yobo made over a century of appearances for Nigeria and in February 2020 he was named assistant manager of his beloved Super Eagles. Yobo left Nigeria to join Belgian outfit Standard Liege in 1998 at the tender age of 18. His rapid development would soon catch the eye of French giants Marseille, who signed him in 2001. After two years on the south of France, he was captured by David Moyes and Everton for £4m. He would go on to spend almost a decade on Merseyside, becoming the first African captain of the Toffees. As a mainstay of the Everton backline, he helped them to European qualification in the UEFA Cup and even rejected a big-money switch to Arsenal in 2006. Yobo admitted that Wenger had been a long-time admirer of his game several years later.

Many other notable Nigerian exports to the EPL include John Obi Mikel, who was recently offered a $2m contract by Brazilian side Botafogo, Celestine Babayaro, Odion Ighalo, Daniel Amokachi and the machine that is N’Golo Kante. All of whom have gone on to play key roles in top-flight teams across England.